Michigan School Shooting Suspect ‘Came Out With The Intent To Kill,’ Sheriff Says 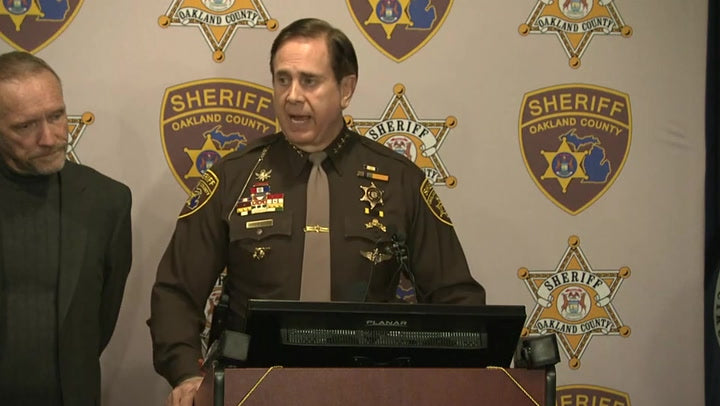 A Michigan sheriff said that the suspect in a shooting at a high school outside of Detroit on Tuesday had an “intent to kill.”

“It’s clear that he came out with the intent to kill people,” Oakland County Sheriff Michael Bouchard said Wednesday on CNN’s “New Day,” adding that the suspect fired shots from a close range toward the head or chest of some of the victims.

“It’s chilling. I mean it’s just absolutely cold-hearted murderous,” Bouchard added of video footage of the shooting he had seen.

“But we think that we have got a path to get a lot of supportive information as to how and why this occurred…it is clear that he came out with the intent to kill.” pic.twitter.com/tUnvEYnf1T

Three people were killed and several others injured in the shooting at Oxford High School, which is about 45 miles north of Detroit.

“Most of the remaining victims are stable except two are critical and one is extremely critical,” the sheriff told CNN on Wednesday.

The suspect was identified Tuesday as a 15-year-old sophomore at the school.

Bouchard added that the forensic team had recovered over 30 shell casings and believed at least 30 shots were fired.

The sheriff noted that the suspect’s parents had requested an attorney, noting that Michigan state law prohibited him from questioning a juvenile without parental consent.

“They have refused that permission,” Bouchard said of the shooter’s parents. “We can’t get the motive from the suspect that we have in custody but we think we’ve got a path to get a lot of supporting information as to how and why this occurred.”

“I want to hold this person accountable, and the community needs to see that happen,” he added.

2021-12-01
Previous Post: Michigan stepping up speed enforcement to address increase in fatal crashes
Next Post: LIVE TONIGHT! Convention Of States, What is It?