The Secret Service allegedly tried to intervene in a 2018 incident where President Joe Biden’s daughter-in-law Hallie Biden threw Hunter Biden’s gun in a trash can near a high-end grocery store and it briefly disappeared, according to a report from Politico.

Amid the incident, which occurred on Oct. 23, 2018, Secret Service agents allegedly tried to obtain the paperwork involving the gun sale from the owner of the store that Hunter bought the item from, Politico wrote, citing two sources.

The store owner, Ron Palmieri, reportedly refused to give the paperwork over. Palmieri was allegedly worried that the agents wanted the paperwork so they could hide Hunter’s ownership information in case the missing weapon was used in a crime, Politico noted.

He eventually gave the papers to the Bureau of Alcohol, Tobacco, Firearms, And Explosives (ATF), as it oversees federal gun laws. 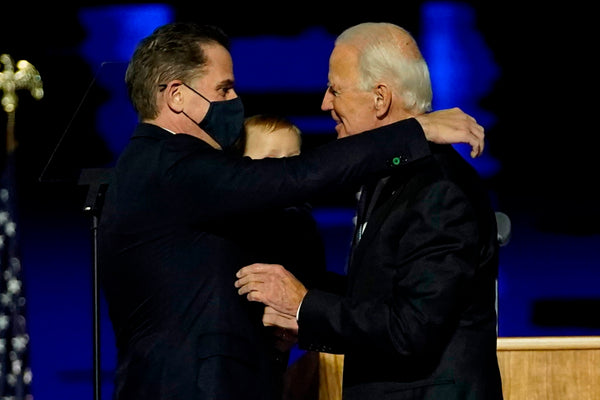 Prior to the Secret Service’s alleged involvement, Hallie told Hunter that she tossed the gun, prompting him to demand she return for it. Upon returning, Hallie realized the gun was missing from the trash can, according to Politico. She told the grocery store, who then contacted police.

Delaware police began investigating because the grocery store was across from a high school. The FBI also arrived on scene as it was – and still is – investigating Hunter, according to Politico.

Eventually, the .38 revolver was returned by an elderly man who often looked through garbages to collect recyclables. No one was charged in the incident, Politico noted.

The Secret Service denied involvement in the incident, according to a spokesperson’s statement to Politico. A Delaware state police spokesman also noted that the sergeant overseeing the Executive Protection Unit “is unaware of any such requests or services provided” by the Secret Service.

The Delaware police’s statement was in response to a question on “whether the Secret Service requested state police security for Biden during the period when he was not under the agency’s protection,” Politico reported.

A White House spokesperson also said Biden had no recollection of the Secret Service allegedly trying to insert itself into the situation.

“President Biden did not have any knowledge of, or involvement in, the Secret Service’s alleged role in this incident, and neither he nor any family member was a protectee at that time,” the spokesperson said.

Hunter spoke to police during the 2018 situation and said the gun was used for target practice. He implied that the grocery store had suspicious employees and gestured towards two workers described in the police report as “Mexican males,” noting that they were “prolly illegal.”

Hunter also became angry when questioned about whether the revolver had ever been used in a crime and dismissed questions of drug use, Politico reported, citing the police report.

The missing gun incident happened after Hunter was discharged from the Naval Reserves because he tested positive for cocaine. It also occurred after he divorced his first wife and as he was involved romantically with Hallie, his dead brother’s widow.

According to the Firearms Transaction Record, obtained by Politico, Hunter denied being “an unlawful user of, or addicted to, marijuana or any depressant, stimulant, narcotic drug, or any other controlled substance.”

“Lying on the form is a felony, though prosecutions for it are exceedingly rare,” Politico reported.

Law enforcement officials noted that the Secret Service involving itself in the situation “would be inappropriate interference,” according to the publication.