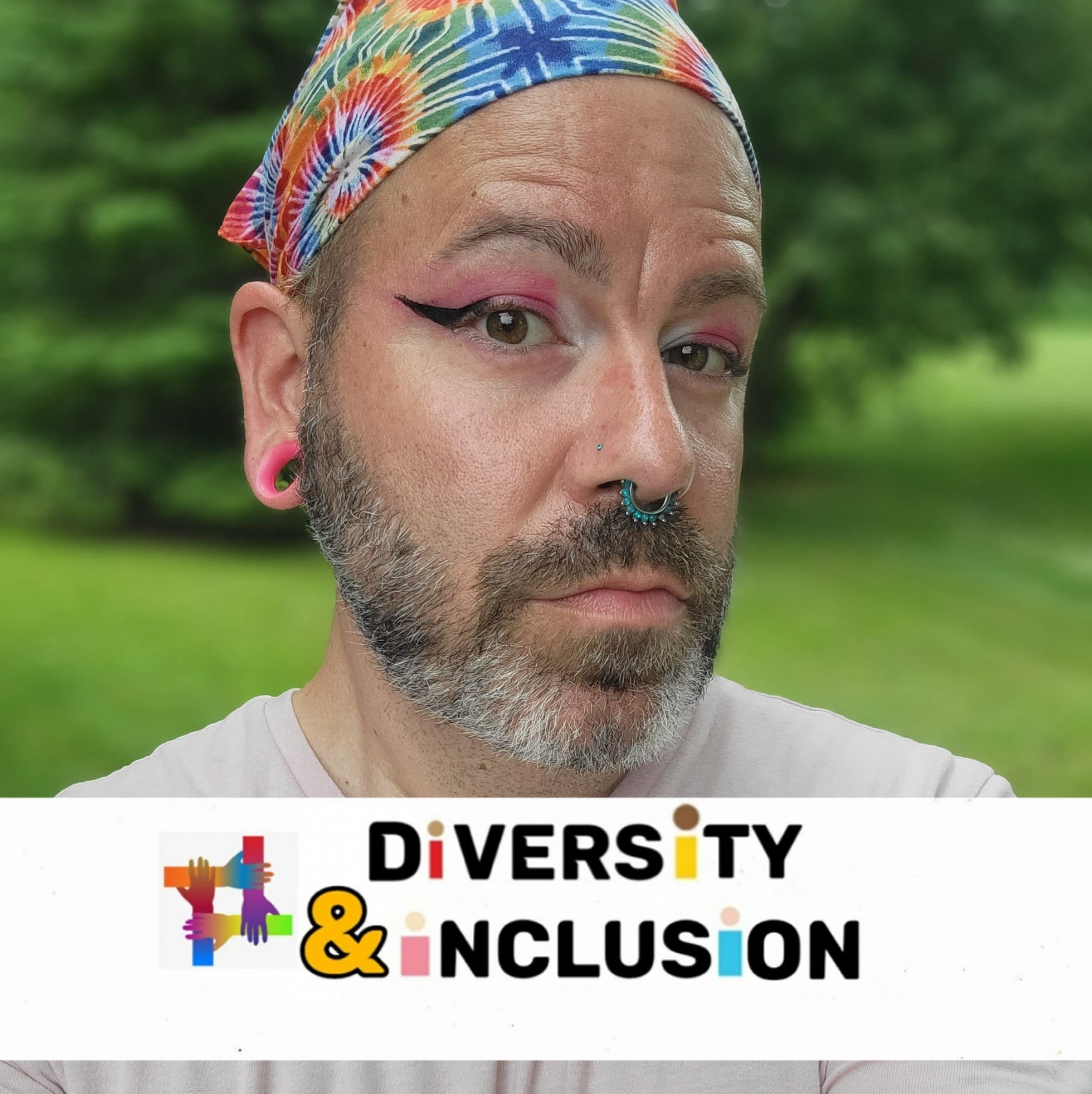 BREAKING: Pro-Antifa High School Teacher in California Admits Communist Indoctrination of Students … ‘I Have 180 Days to Turn Them into Revolutionaries’ … Other Teachers ‘on the Same Page’ … ‘There is a Reason Why These Kids are Becoming Further Left’

This seems to be a trend with “teachers” who have plagued the school system, in order to indoctrinate your children!

Science, Math, Social Studies and any other subject that is part of core curriculum has been placed on hold, in order to recondition young minds for the great reset into socialism. 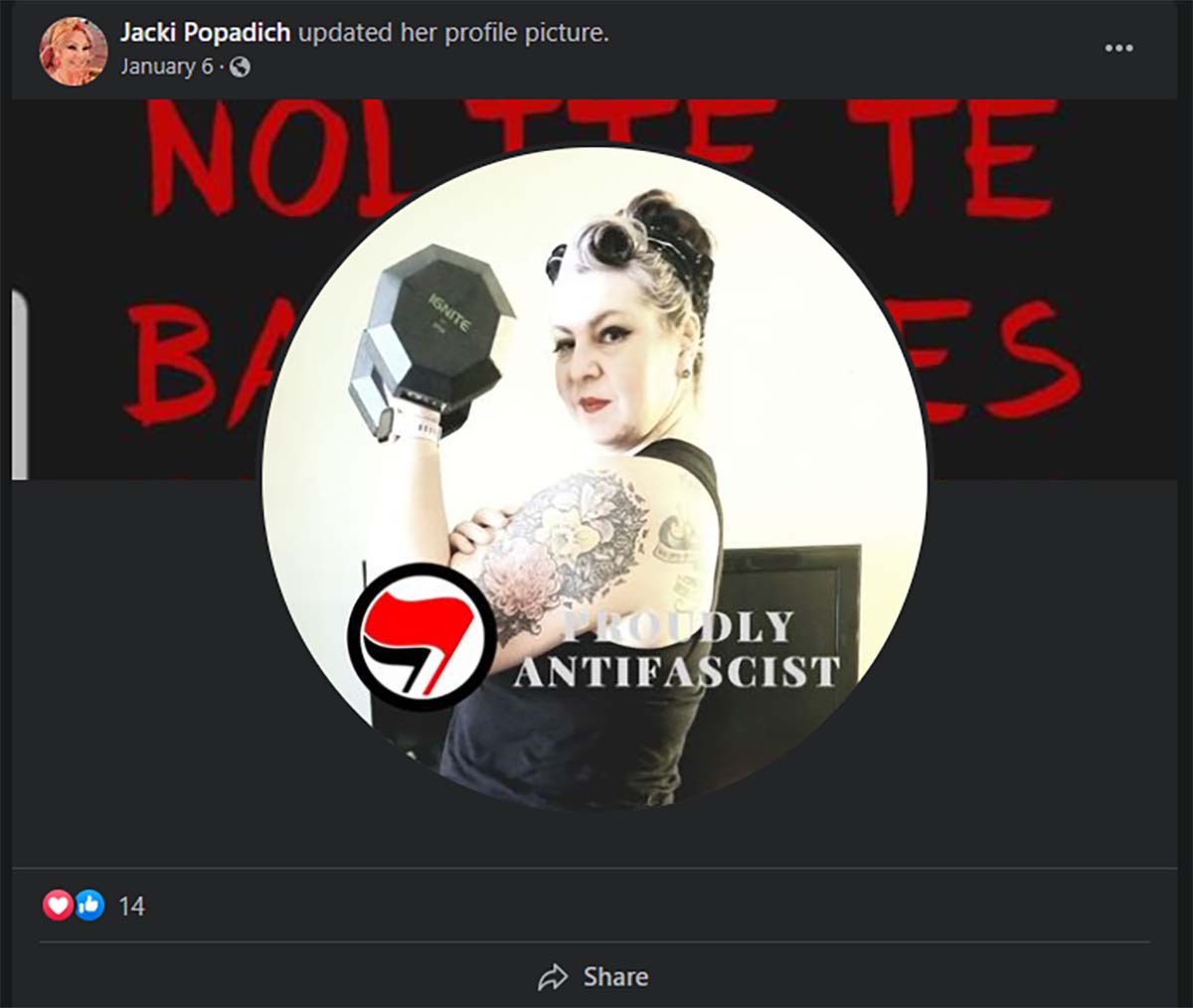 Above: Wife Jacki Popadich has no problem with the damage Antifa has caused with the rioting and taking over of entire cities.

The question remains:  Why are school boards allowing this to happen, while canceling anyone with conservative views?

If you recall,  Grand Ledge superintendent Brian Metcalf made a remark about the George Floyd incident, and was fired for simply making the following online statement:

But its OK when violence and sexuality are the main focus in the classroom?

Why should somebody have to virtue signal their sexual preference as if we care?

Should heterosexual people start wearing shirts and hats to display such? 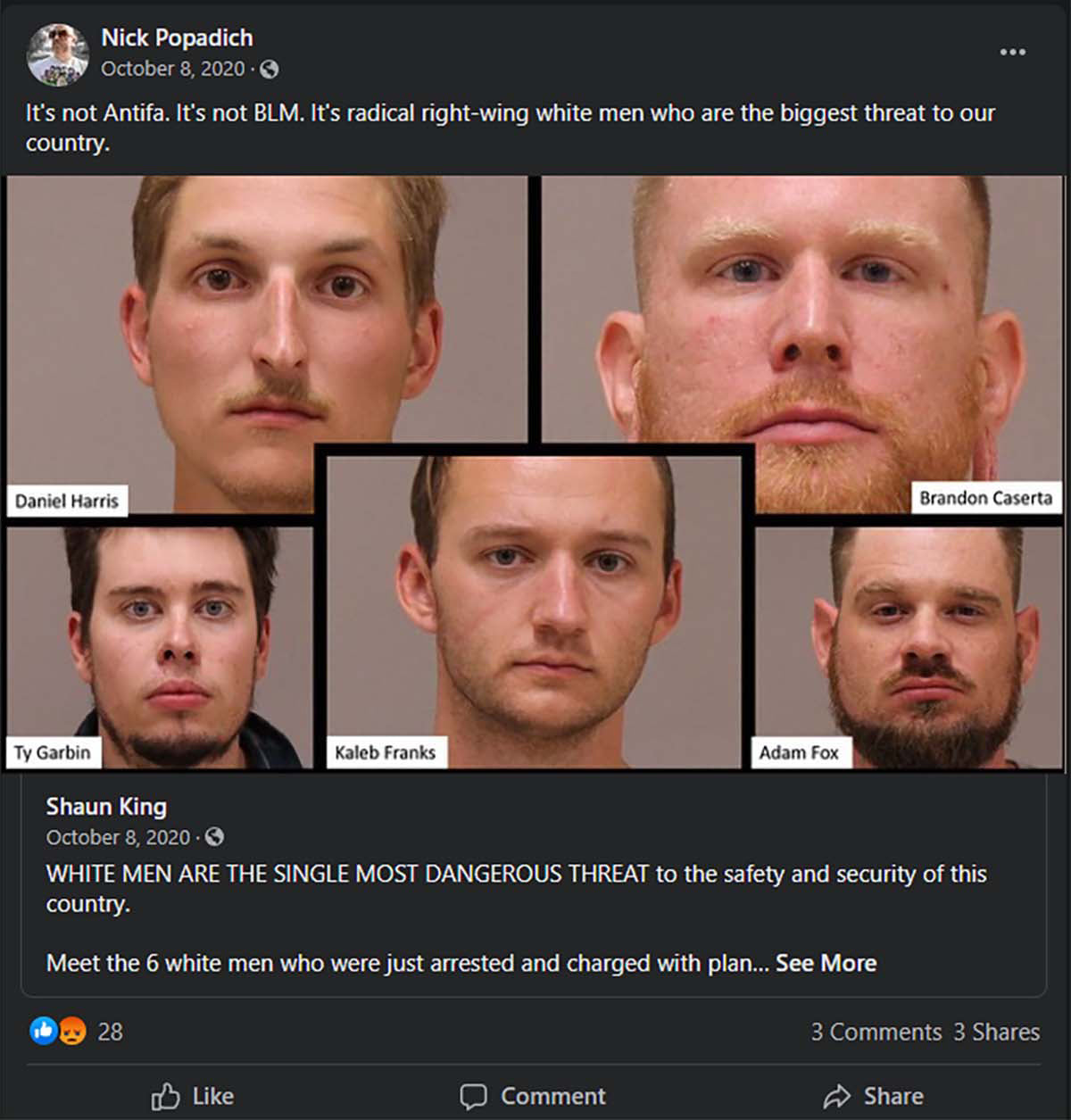 Above, we see Nick Popadich dishing out “white guilt” by claiming “White Men” are the problem in America.  The picture above refers to the defendants in the  “Whitmer kidnapping plot” in which most people involved were FBI informants, who setup and created the entire staged event! 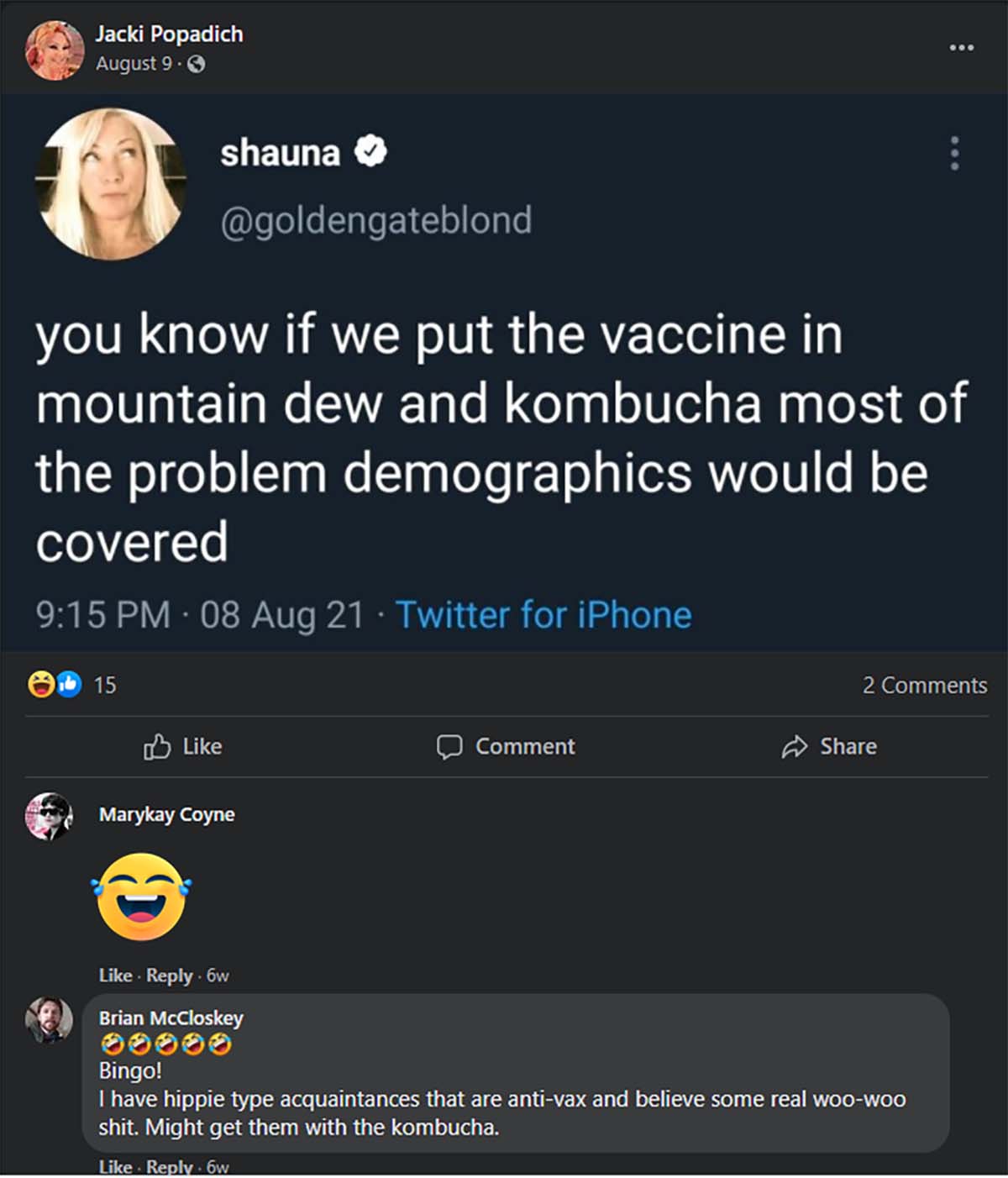 Above: Jacki Popadich is in support of secretly poisoning those that choose not to get the Covid-19 vaccine, by slipping the vaccine into people’s food and drink.  It’s scary that these two are around YOUR KIDS all day!

And above, we see another confirmation of Jacki’s Antifa affiliation!

What are your thoughts about this? Is this an exploitation of freedom of speech? Should it be allowed? Leave a comment below!