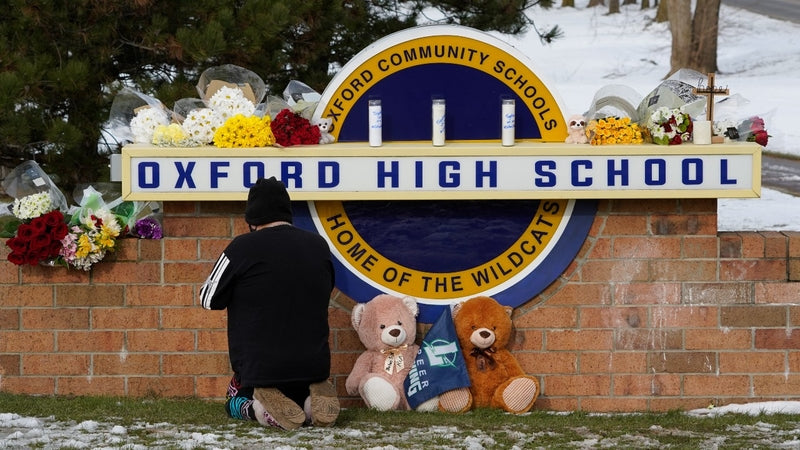 MICHIGAN– Oxford High school officials are under investigation for the shooting that took 4 lives and injured 7 more.

The Oakland County Prosecutor’s Office has filed involuntary manslaughter charges against the parents of the student accused of opening fire at Oxford High School on Tuesday, fatally wounding four students and injuring several other people.

Oakland County Prosecutor Karen McDonald announced her charging decision on Friday for the mother and father of Ethan Crumbley, 15, a sophomore student at Oxford High School, who was charged as an adult in the shooting.

James Crumbley and Jennifer Crumbley are each facing four charges of involuntary manslaughter in connection with the shooting.

Due to the facts that school officials knew about the current mental state of the shooter before the shooting took place.  Through drawings, depicting bullets flying and blood splatters, with the word DIE written multiple times, to internet searches on the school’s WIFI network for “Ammunition”.

School officials never once stopped the shooter from attending classes, after they were aware of these facts, days prior to the shooting.