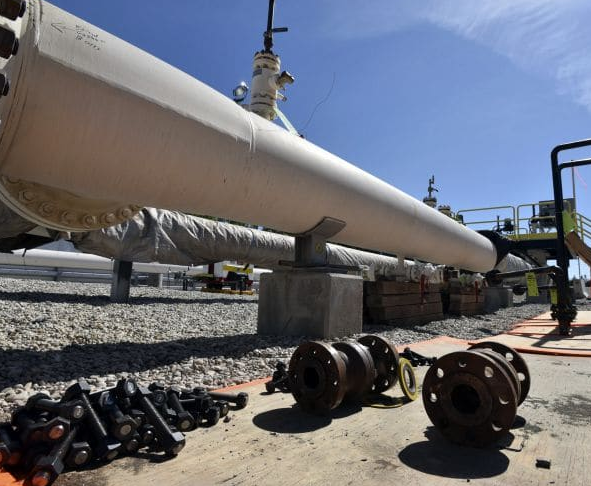 White House deputy press secretary Karine Jean-Pierre had to retract her words today when Fox News White House correspondent Peter Doocy asked why the Biden administration is “now considering shutting down the Line 5 pipeline from Canada to Michigan” while oil and gas prices continue to climb at a record-fast pace.

As reported by Fox News:

So, Peter, that is inaccurate,” Jean-Pierre fired back. “That is not right. So any reporting indicating that some decision has been made, again, is not accurate.”

“The reporting about us wanting to shut down the Line 5,” Jean-Pierre responded.

“I didn’t say ‘wanting,’” Doocy said. “I said, is it being studied right now? Is the administration studying the impact of shutting down the Line 5?

“Yes, we are. We are,” Jean-Pierre replied. “I thought you were saying that we were going to shut it down, but that is not inaccurate. The Army Corps of Engineers is preparing an environmental impact to look through this.”

Politico originally reported Sunday that the Biden administration was weighing the potential market consequences of shutting down the pipeline. The report has drawn criticism from Republican lawmakers in Congress, and more than a dozen sent a letter to Biden on Nov. 4 warning against such a move as gas prices surge 50%.

While Jean-Pierre referred to an environmental study about the pipeline, the Politico report said the administration was looking at the economic impacts of killing the pipeline.

An environmental study has been in the works about a potential Line 5 replacement, though that is a separate issue from the dispute between Michigan and Canada about the existing pipeline.

Line 5 is part of a network that moves crude oil and other petroleum products from western Canada, transporting about 540,000 barrels per day. Petroleum is taken from the pipeline in Escanaba, Michigan.