Why is Mainstream Media Refusing to Look into Deloitte Further, with Michigan UIA? 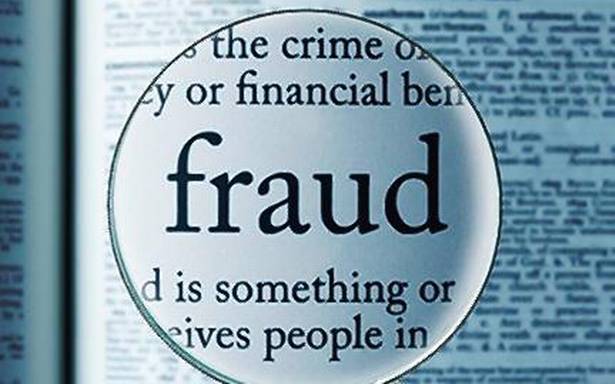 MICHIGAN – 8.5 Billion in fraudulent unemployment benefits paid by UIA, seems to be the main headline buzzing on news feeds.

Some news reports mention Deloitte, one of the big 4 auditing firms that conducted the audit to locate and determine if claims were fraudulent within the UIA, or the MiWAM system.

With so many inconsistencies, it got my intuition into further investigating as to who was determining these claims to be fraudulent and why?

As we wrote about before:

THIS INFORMATION IS PUBLIC! BUT THE PUBLIC DOES NOT KNOW!  PLEASE SHARE!

After doing a simple Google Search for Michigan Unemployment Kickbacks to see if anyone reported that somebody was getting bonuses for approval of Michigan Unemployment Claims, and who was profiting on ordering the redetermination of cases that were sending money back to Michigan?  It seemed like a double dipping method to me. 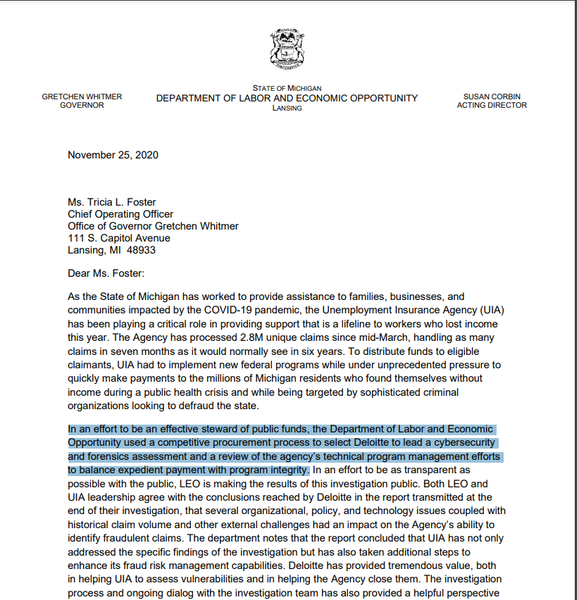 “In An Effort To Be An Effective Steward Of Public Funds, The Department Of Labor And Economic Opportunity Used A Competitive Procurement Process To Select Deloitte To Lead A Cybersecurity And Forensics Assessment And A Review Of The Agency’s Technical Program Management Efforts To Balance Expedient Payment With Program Integrity.”

Here we see that Michigan has chosen Deloitte to handle audits on the Michigan Unemployment Insurance Agency (UIA) claims, to determine if any were fraudulent or not.

So here we see that Deloitte’s headquarters is located in London, England!

So now we have possible CCP involvement (24 Offices in CHINA) as well as British involvement (Headquartered in London, England) with Michigan Financial Affairs!

Malaysia In 2019 Imposed The Maximum Fine On Deloitte PLT For Breaches Related To A Bond Issuance By 1MDB, Becoming The First Auditor Of The Scandal-Ridden Fund To Face Penalties. The Fund Was Started To Lure Investments To The Country, But Instead Became The Center Of Worldwide Probes Into Possible Corruption And Money Laundering.

Goldman Sachs Group Inc. Last Year Admitted Its Role In The Biggest Foreign Bribery Case In U.S. Enforcement History, Reaching Multiple International Settlements In The Billions Of Dollars To End Probes Into Its Fundraising For 1MDB.

So why has the State of Michigan decided to contract such an outstanding, reputable foreign based company to handle its financial affairs?
Well, what better way to clean up fraud, then to have a company that pretends to detect fraud, Conduct More Fraud , (COOK THE BOOKS) to help clean up and carry out more fraud?
We see that Deloitte has a history of Book Cooking with falsifying audits here:

How Deloitte masked scandals in business and politics

Following the 2001 scandal in which energy giant Enron was found to have reported $100bn in revenue through institutional and systematic accounting fraud, Andersen’s performance and alleged complicity as an auditor came under intense scrutiny. The Powers Committee (appointed by Enron’s board to look into the firm’s accounting in October 2001) came to the following assessment: “The evidence available to us suggests that Andersen did not fulfill its professional responsibilities in connection with its audits of Enron’s financial statements, or its obligation to bring to the attention of Enron’s Board (or the Audit and Compliance Committee) concerns about Enron’s internal contracts over the related-party transactions”.[13]

Wow, so Enron ring a bell anybody?  Best way to keep your fraudulent business going is to repackage it with a new brand like Deloitte I guess…

It’s A Story That Goes Back A Decade, And Has Never Before Been Told Publicly. It Involves Several Veteran CIA Officers, An Undercover Mission And A Huge Haul Of Extremely Valuable Intelligence.

How did this happen and who do we hold Accountable?

On the state level, I say  the person(s) who contracted Deloitte to conduct audits and control Michigan’s Unemployment system. Ms. Tricia L Foster, as well as Governor Gretchen Whitmer for overseeing and allowing this monstrosity to occur.

So, after uncovering Billions in Fraud on a Multi-State, Multi-National level that involves the C.I.A., as well as the Governor and other local officials for the state I live in, should I be in fear for my well being? People have disappeared for a lot less…