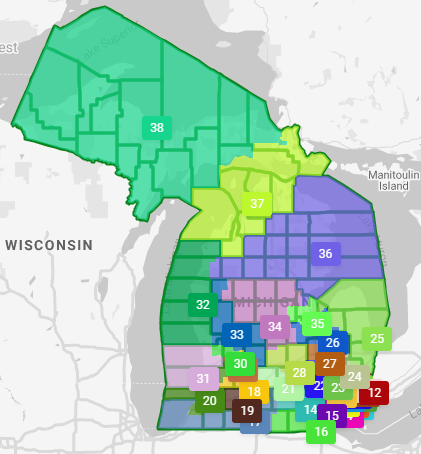 MICHIGAN- A Michigan Citizen-led redistricting commission has completed the statewide district maps for the following 10 years, until the next US Census.

The new maps in which eight out of 13 of the randomly selected voters who serve on the commission, including two Republicans, two Democrats and four independents. Five commissioners voted for a different plan.

You can see the new map and plans on the Michigan Independent Citizens Redistricting Commission HERE.

The Commission has appropriated funds to make a documentary in which there is a budget of $49,999.99. The Michigan Constitution commission after it adopts a plan, the commission has to provide a report, which will include the documentary, as showing lessons learned for the public and future reference.

Clara Hendrickson of the Detroit Free Press lays out the key features of the new maps and the splitting of districts here.

2021-12-29
Previous Post: Why is Mainstream Media Refusing to Look into Deloitte Further, with Michigan UIA?
Next Post: Protest Against Vaccines at Michigan Kroger