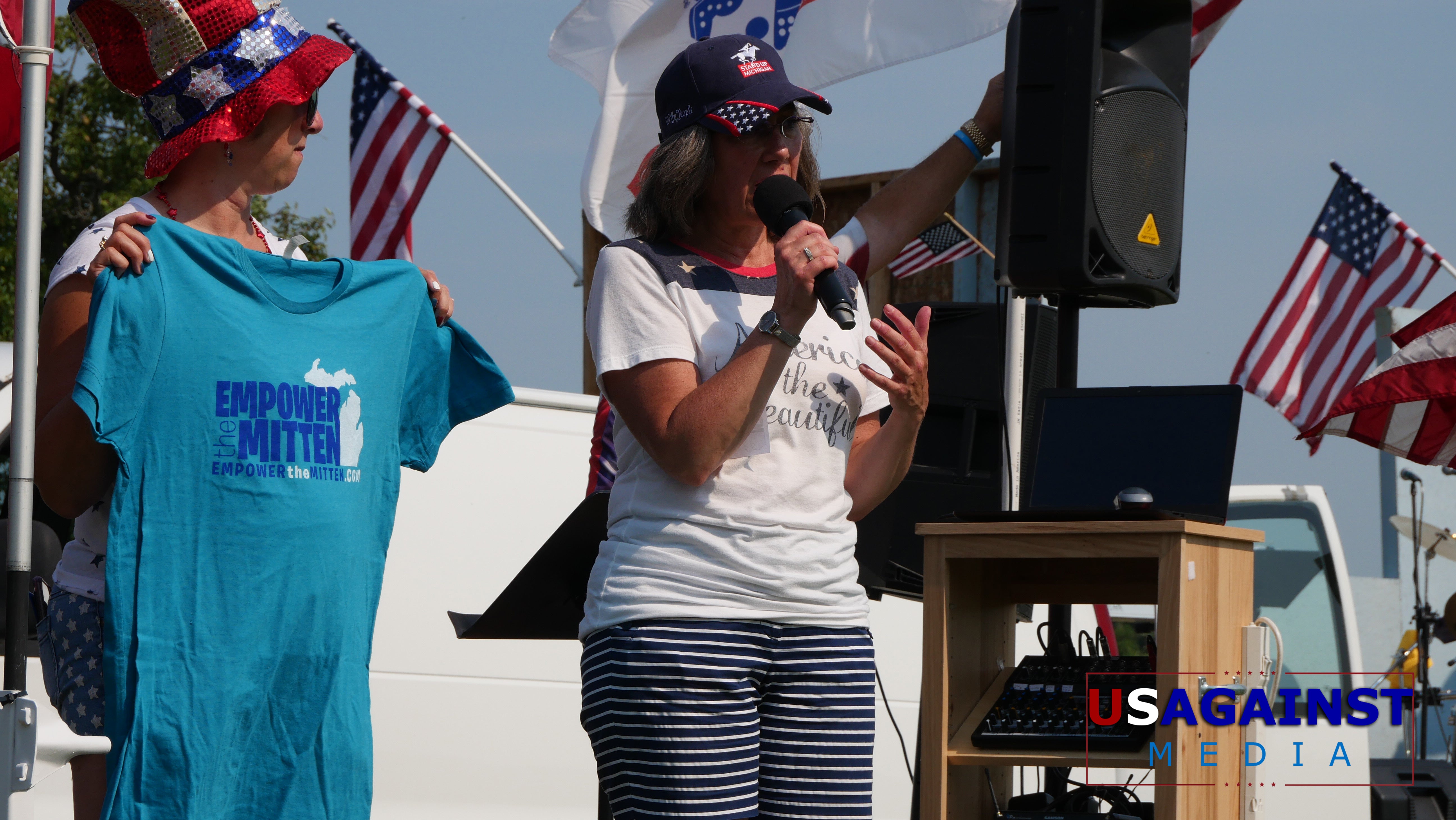 This July 4th holiday marks our freedom and independence. For all. No matter how hard the mainstream media tries to push division. Or make anyone that opposes the mainstream media’s views are bigots, racists, and extremists. Because that simply isn’t true.

Everyone was welcome to the Festival of Truth. Held out on a gorgeous countryside property in Vermontville, Michigan. There was music, food, plenty to do for children to do. Including a dunk tank, bounce house, slip ‘n slide, and a magic show. Adults could gather and sit in fellowship, walk the grounds, or just sit and relax under a shade tree.

There was a lineup of music and entertainment, along with a few candidates running for office within the state of Michigan. 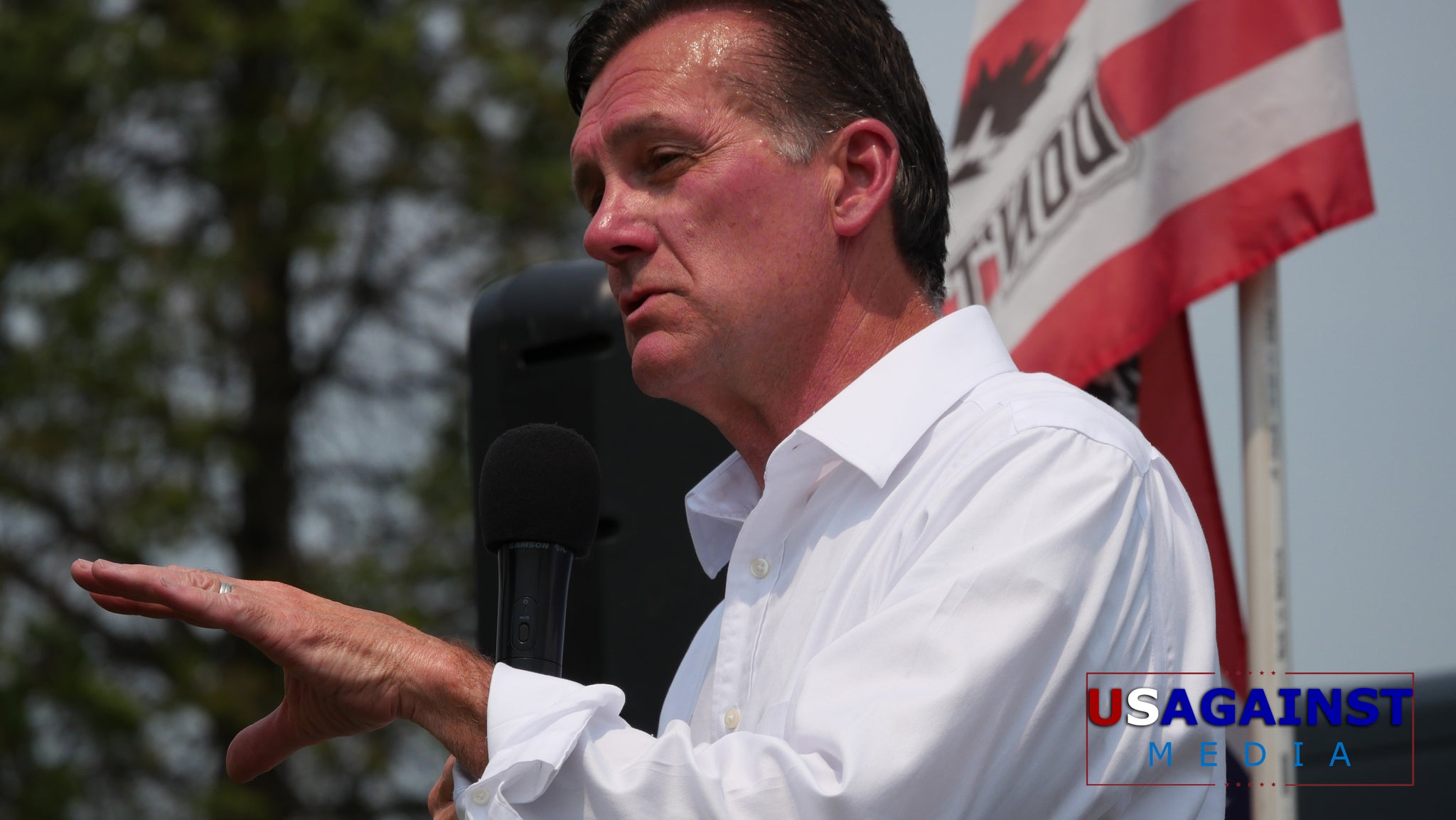 Ralph Rebrandt, candidate for governor has served as the lead pastor and recently retired at the end of June from Oakland Hills Community Church in Farmington Hills since 1987 and also serves as the Chairman of the OPC Church Extension Committee. Additionally, he is the Chaplain for the Michigan Association of Chiefs of Police, Southeastern Michigan Chiefs of Police, Farmington Hills and Beverly Hills Police Departments. Ralph serves on the board of the Farmington Hills Crime Prevention Advisory Committee and is a member of the Board of Governors for the Council for National Policy in Washington D.C. Source: https://www.ralphrebandtforgovernor.com

Ralph believes in truth regardless of anything. He wants transparency, accountability, and righteousness in Lansing and America. He stated that we as a whole have been lulled into inactivity, including the church. And that needs to change. Part of his platform is something called “Operation Roundtable,” which is a segment of society to help him as governor make decisions from the people on whether or not bills are passed or need amending. Four of the solutions in his plan include: 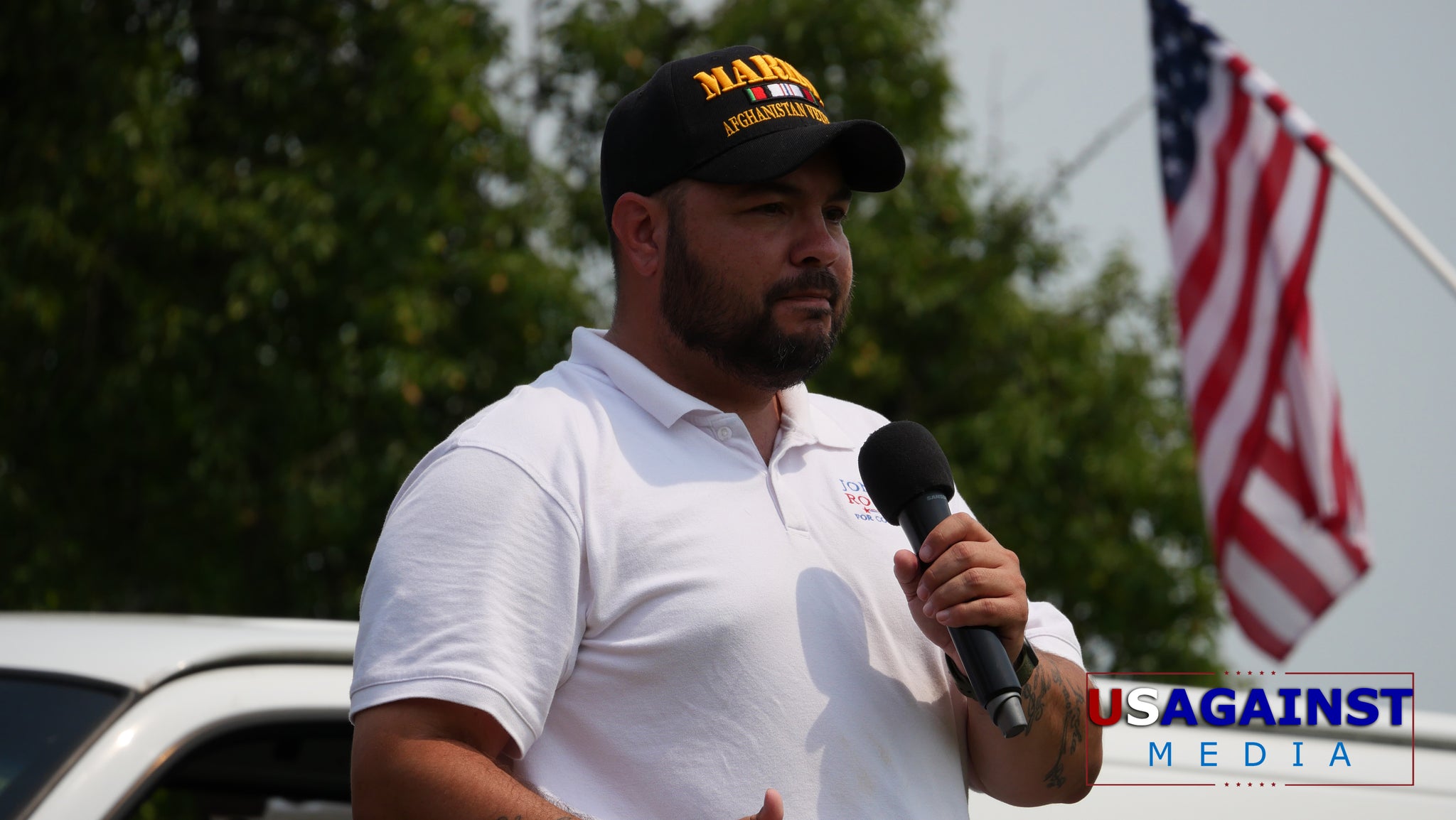 Jon Rocha, a 5-year US Marine veteran and single father is running for Congress in Michigan’s 6th District against Rep. Fred Upton.  Rocha was born and raised in Kalamazoo County and feels the people need more than what Upton has done. Which is vote against his constituents. “So few are willing to stick their necks out.” and that it’s time to do something. Rocha’s platform includes election integrity, lockdowns, abortions (pro-life), the second amendment, and immigration reform, just to name a few. You can check out more about Rocha’s plan here at https://www.jonrochaforcongress.com/platform 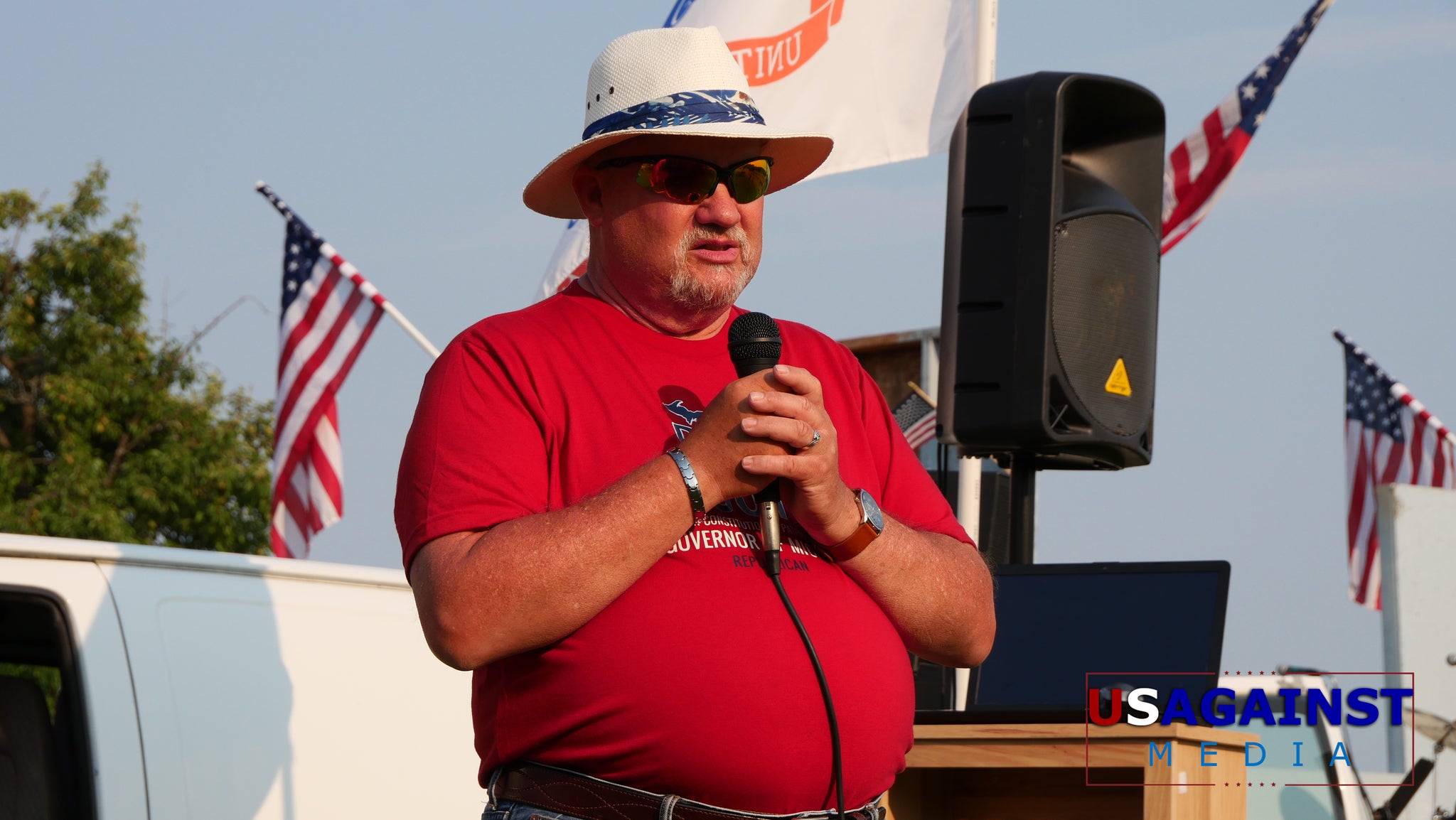 Candidate for governor, constitutional patriot Bob Scott, was born and raised in Michigan just north of Howell. He is a strong supporter of the 1st and 2nd Amendments. Scott’s held the Vice Presidency of Evangelical Alliance Ministerial Association (EAMA) for the last 12 years as well as various other positions. Scott has a Master’s Degrees in Business and Finance and a Bachelor of Arts in Bible, Ministry, and Church Business Administration. Part of his plan is to fix the Secretary of State’s disastrous system and fix the roads by rebuilding them to withstand 30+ years of Michigan weather. https://bobscottformichigangovernor.com/ 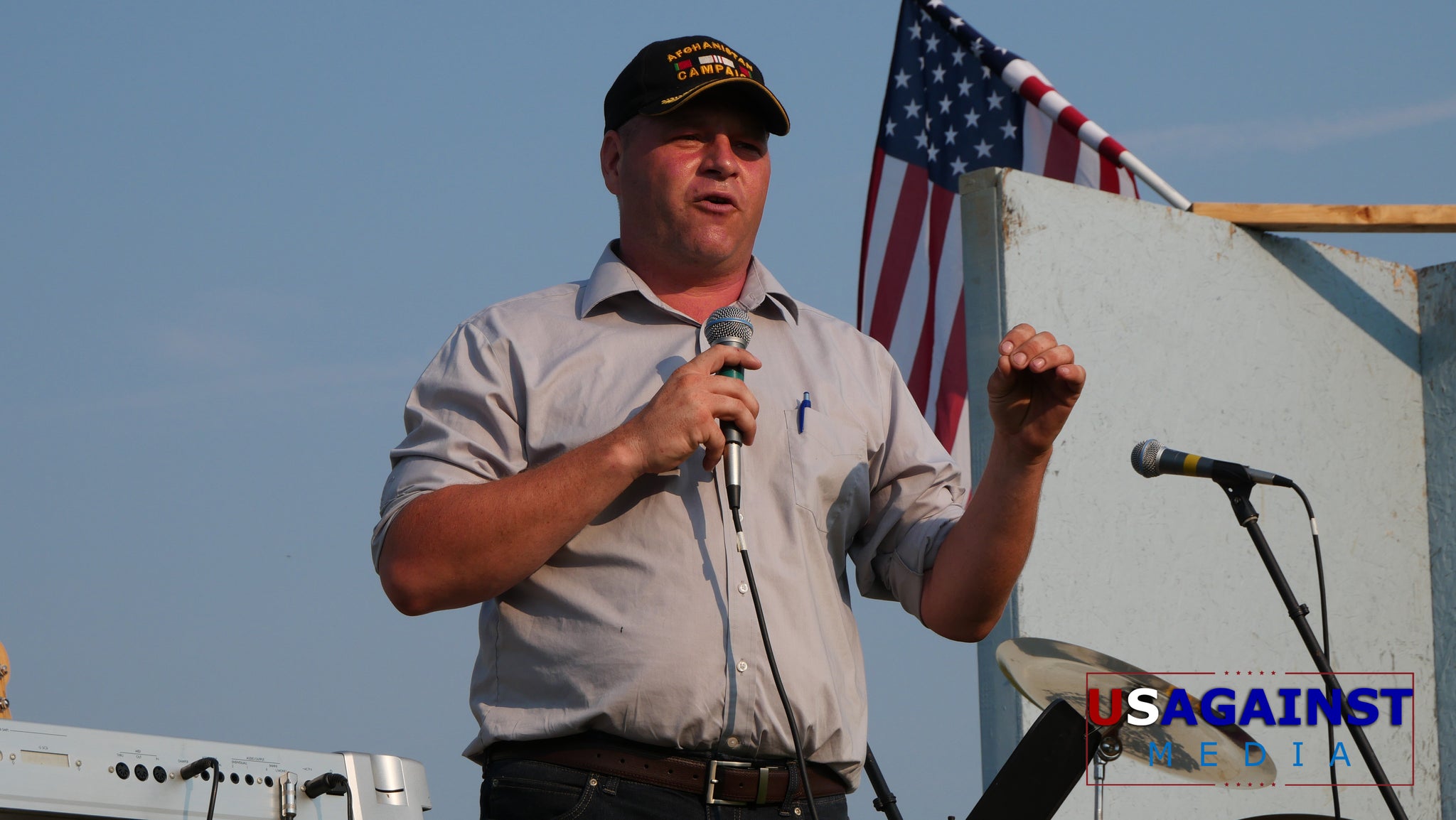 Tom Norton, candidate for Congress running for  District. He’s an Army veteran that has co-founded the West Michigan Veterans Ranch, which focuses on suicide prevention and financial help for veterans. He plans on supporting our veterans, low-cost healthcare, the first and second amendments, and he will attempt to co-sponsor a permanent tax relief to everyday citizens and permanent residents to equal the permanent tax relief the corporations have received. https://tom.gop/

Johnsen is taking action along with the Michigan Capitol House of Prayer to help create a school for children of conservative families. This program, Empower the Mitten is a community of like-minded folks that are working on this from multiple angles. They are looking into a Christian school that will hopefully be operating by the start of the 2021-2022 school year, and a charter school for the greater Eaton County area. Empower the Mitten also has informative links on COVID-19, vaccines, civil rights, and more. They have developed a survey you can fill out that asks questions about citizen’s feelings about our current education system. It only takes 30 seconds to fill out: https://docs.google.com/forms/d/e/1FAIpQLScUdsJF5tiMTXVYSpB2paftd1DvYVaNzCF4DZHJ17LzUxQVKg/viewform

The hosts of the event raffled off a small boat and dozen children’s bikes to help veterans in need.