ALMA- Back in July, Greg Mapes had recused himself from voting on the conditional rezone proposal. This was due to a conflict of interest as he is a Freemason, and the building up for discussion and vote of a conditional rezoning is owned by the Masonic Temple. To rezone the Warwick Facility in Alma, Michigan, from an assisted living facility to a multi-residential facility that will house adolescent teenage males who have illegally crossed the border into the United States.

As of recent, Mapes came to some kind of epiphany and wants to retract his recusal. See letter below: 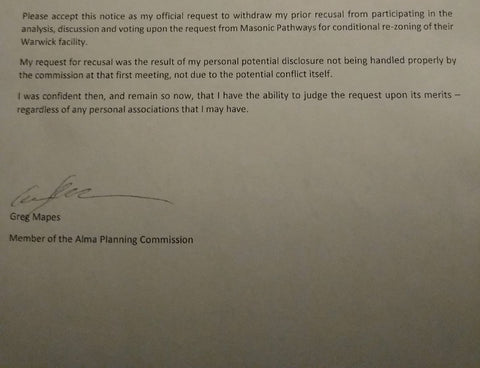 Information received from the City’s attorney, Tony Costanzo confirms that Greg Mapes will be there at the meeting on Tuesday, September 14th, because there are other things on the agenda, but he will NOT be voting on the rezone issue. Mapes’ withdraw on the recusal was never made official.

The Alma Planning Commission meets on Monday, September 13th to approve the minutes from the August 4th meeting, which recommended against the rezoning. The final vote for the City Commissioners Meeting Will be held on September 14, 2021 at the Alma High School Auditorium at 6pm.

There will be a protest outside Masonic Pathways Sunday, September 12, 2021 from 2-4pm in Alma. Bring your signs and let the Masons know that the people do NOT want a rezone!

Mayor Greg Mapes, who has also been a city commissioner since 2004, is also a Freemason!

Mayor Greg Mapes seems to be conspiring with fellow freemasons from the Michigan Masonic Home to lock in a Federal Contract with Bethany Christian Services worth millions!

With more than 4 Million dollars of taxpayers’ money going to house illegal immigrants in Alma, Michigan, Mayor Greg Mapes has been trying to push this deal through the planning commissioners meeting. To rezone the Warwick Facility in Alma, Michigan, from an assisted living facility to a multi-residential facility that will house adolescent teenage males who have illegally crossed the border into the United States.

Mayor Greg Mapes is trying to push this deal through with his “hidden in plain sight” staged questions during the commissioner meeting! Because the Michigan Masonic Home will get over $1 million for a three-year deal that will pay more than $30,000 per month! 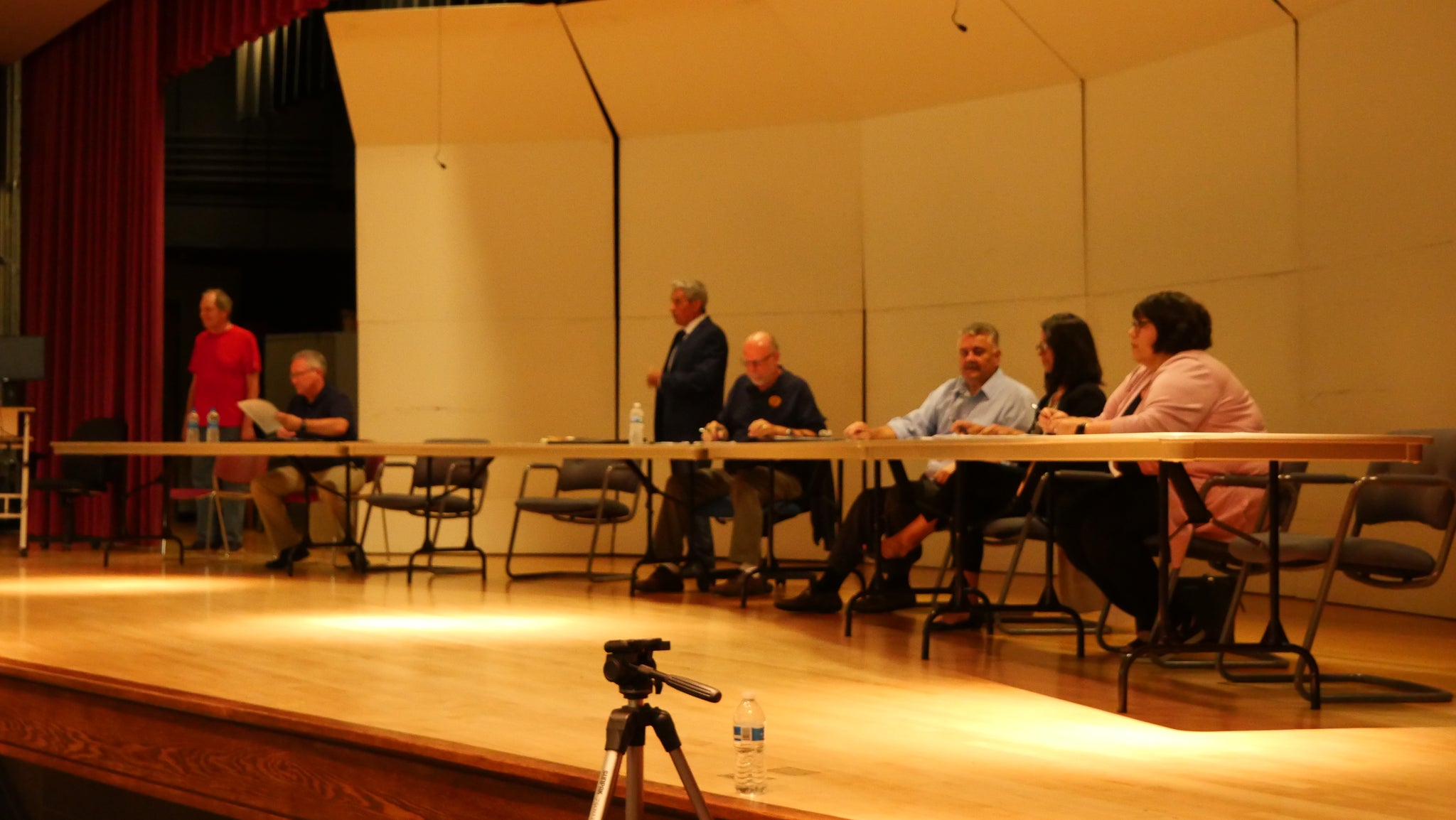 That’s taxpayer money to house people coming to this country illegally, not following the process that millions have before.

A possible influx in crime from those who manage to escape from these less than minimum custody facilities is another problem on the horizon.

An Obvious Conflict of Interest:

Mayor Gregg Mapes self confesses to being a freemason for 40 years; he did not try to hide this fact. He voted to push the deal by voting yes on the initial proposal to change the Warwick Facility from an assisted living facility to a multi-residential facility, allowing the Masonic Home to house Illegal Adolescent Males.

See video of the Mayor Greg Mapes Stating He Is A Freemason:

Illegal Adolescent Males To Potentially Be Housed In Alma, Michigan

Many residents of Alma demanded that Greg Mapes recuse himself for being a freemason as it was a conflict of interest.

You can watch the Alma Planning Commission meeting here

“PUBLIC OFFICIALS SUBJECT TO RECALL: All elective officers in the state, except judicial officers, are subject to recall by the voters of their districts. An officer who is being recalled may continue to perform the duties of his or her office until the result of the recall election is certified.”

Has This Worked Before?

“Phil Mastin and David Serotkin were removed from office after voting for a state income tax increase of $675 million.”

Where Do I Get A Recall Petition?

“The county clerk shall retain blank forms of recall petitions for use by the electors in the county. A person may print his or her own recall petitions if those petitions comply substantially with the form prescribed by the secretary of state and the requirements of section 544c(2).”

If you wish to create your own Recall Petition, then you should follow these guidelines set forth by Michigan Petition Guidelines