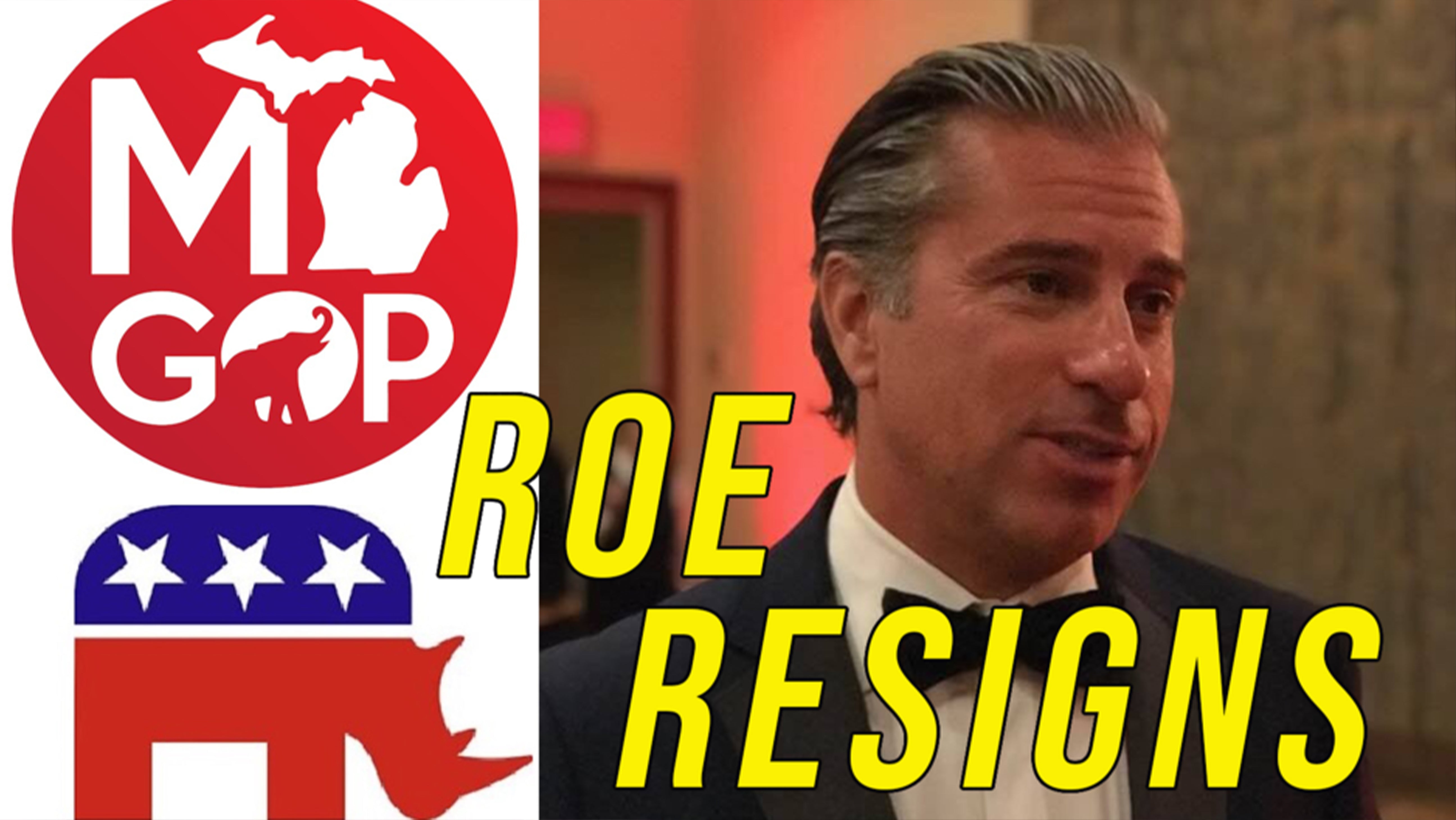 Michigan Republican Party Executive Director Jason Roe has resigned.  The move comes amid controversy with the Michigan GOP and the grassroots movement.  Precinct delegates also called for Roe’s censure on May 25th, when over 500 delegates signed forms stating they supported the move.  Roe was unelected, and was appointed by the chairman of the MIGOP, Ron Weiser. 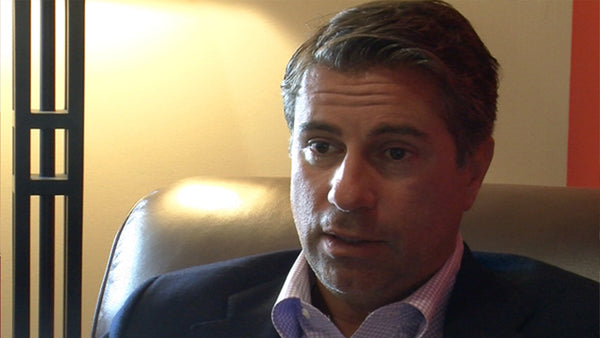 Trump is the real leader of the GOP.  Lots of people gave money to the party to support him in the last election.  Now many are choosing not to send money to the GOP and are instead supporting Donald Trump’s campaign directly.  They have lost trust in the Republican Party.  They know the election was stolen, there was tons of evidence, and the GOP refused to look at it.  Trump has overwhelming support in the party and does plan to run in 2024.  He believes the last election was stolen from him.

Roe has stated multiple things that upset Republicans across the state of Michigan.  He said the last election was fair and that Trump “blew it”.

“I have resigned my position as executive director and the reasons will remain between me and Chairman Weiser,” Roe said in a text message. “We’ve built an amazing team and I know they will be very successful in 2022. I look forward to helping any way I can.”

“Jason did a tremendous job putting together a team and getting us ready for 2022,” Weiser said. “Building on the legacy of his father, Jerry, Jason served the Michigan Republican Party with great dedication and exceptional talent. We wish him nothing but the best and know he will be an asset to Republicans in Michigan and all over the country this cycle and for years to come.”

Yesterday, Jason Roe retweeted another controversial post.  It came from John Truscott, CEO of the public relations firm Truscott Rossman.  The post praised one of the Republican members of the Board of State Canvassers, Tony Daunt, who called Trump a “malignancy” during a canvassers meeting.  The tweet from Truscott called Daunt a “really good guy.” 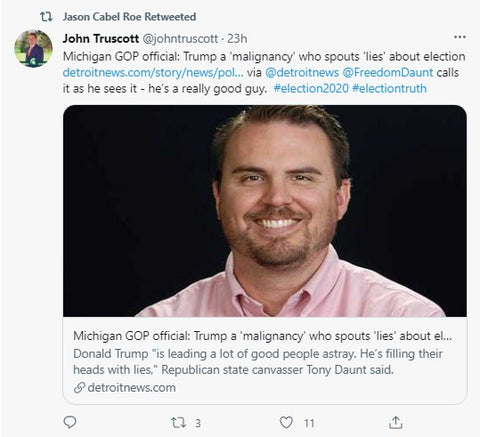 Edward McBroom is another RINO in Michigan, who put out a report saying there was not enough fraud to overturn the election, and encouraged the Attorney General to go after people “who have peddled misinformation to raise money or publicity for their own ends”.  You can read the full report here. 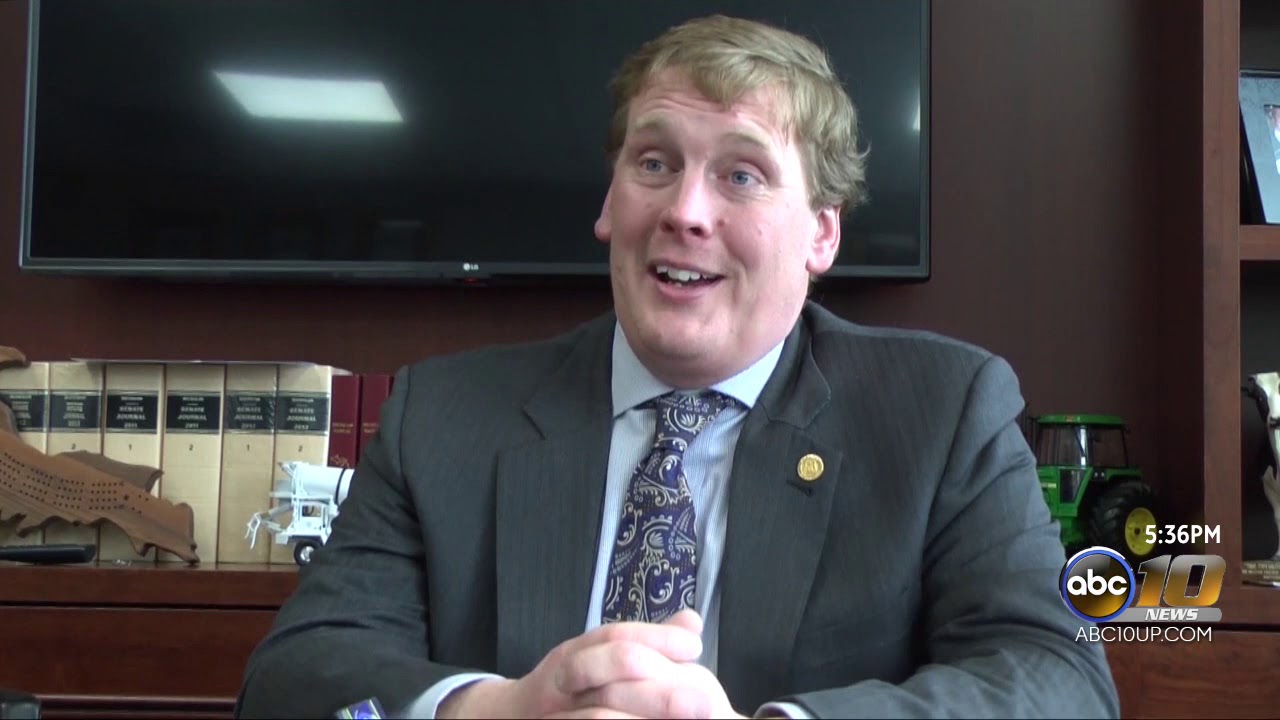 You can see how Jason Roe does not have the support from the people who know the 2020 election was stolen from Donald Trump.  The head of the Michigan GOP is in shambles, and they don’t know what to do because no one will donate to them anymore.  They helped cover up the fraud in the last election and the people are fed up with it.  Roe resigning will make a lot of people in the grassroots very happy.  The never Trumpers, and all the RINO’s who don’t want a full forensic audit from the last election, need to get out of the way so we can save our country from those who seek to destroy it.