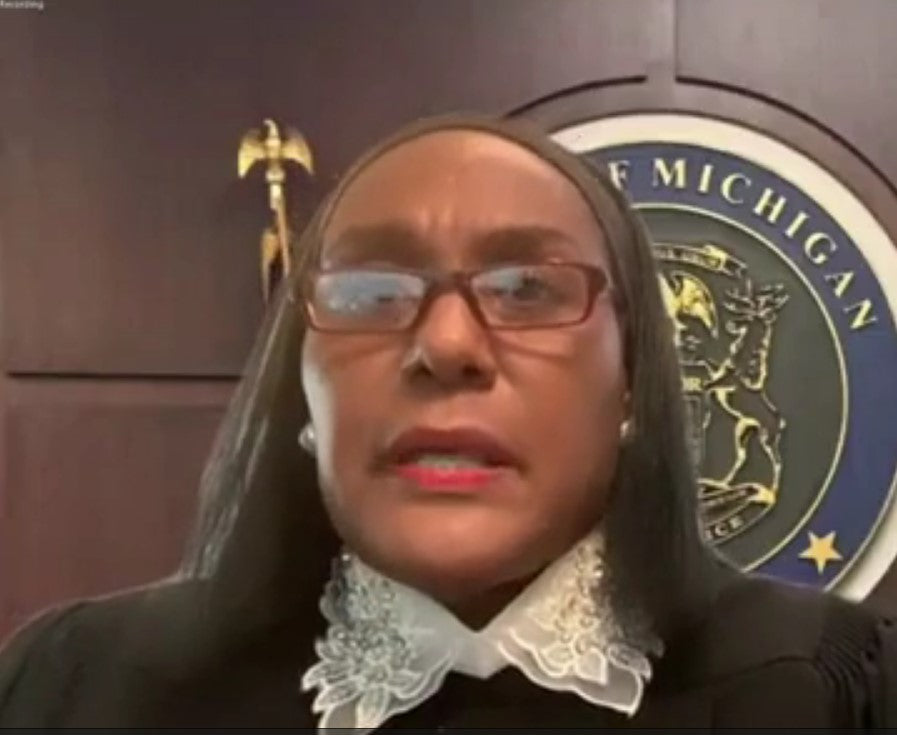 You can see the livestream replay of the hearing here: 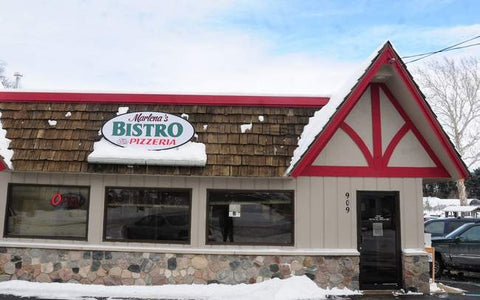 Pavlos-Hackney is an immigrant from Poland who fled communism to come to the United States. She is the owner of Marlena’s Bistro and Pizzeria, and refused to follow unconstitutional mandates from the governor and the State of Michigan during the pandemic.  She was arrested for contempt of court and spent 4 nights in Ingham County Jail after her arraignment by Judge Rosemarie Aquilina. She was released Tuesday, March 23 after paying a $15,000 fine and shutting down her restaurant.

Judge Stokes gave the defense and MDARD (Michigan Dept of Agriculture and Rural Development) 10 minutes each, but said it had to be about issues that were not already talked about in their brief.

Marlene Pavlos-Hackney’s lawyer, Robert Baker, made his case before the judge, claiming there were procedural due process violations during the arraignment. He said Pavlos-Hackney’s constitutional rights were being infringed upon. 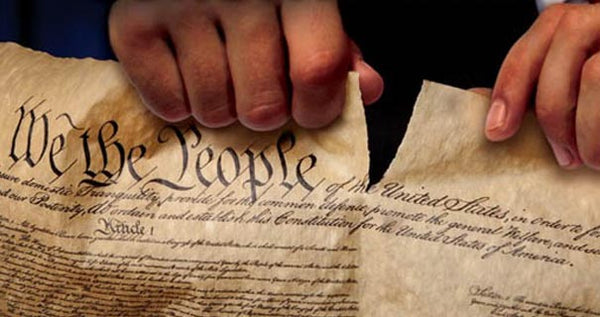 Baker went on to say that the case was never called formally, and that there were no indications as to who the parties were. He also said he had a poor connection, there was a delay, and he didn’t feel Marlena got the proper representation she deserved and is entitled to under the Constitution.

Another issue that was brought up during the hearing was whether or not this was criminal or civil contempt, and whether it was direct or indirect contempt of court. Different rules apply based on what type of contempt it is.

“[I]n a civil contempt proceeding, the accused must be accorded rudimentary due process, i.e., notice and an opportunity to present a defense, and the party seeking enforcement of the court’s order bears the burden of proving by a preponderance of the evidence that the order was violated.” Porter, 285 Mich App at 456-457.

Accordingly, caselaw has held that in a civil contempt proceeding the alleged contemnor must be:

• informed of the nature of the offense and given notice of the charges;

• afforded a hearing regarding the charges; and

Baker also argued he was not acknowledged and was confused as to his role, as there were other people like Rick Martin and two court appointed lawyers in the court room supposedly representing Pavlos-Hackney.

He also said he didn’t want to interrupt Judge Aquilina because she was threatening anyone who spoke out of turn with contempt of court. As a spectator, I observed Judge Aquilina saying if anyone made any more noise she would give them a contempt charge. She didn’t allow Marlena to even get a word in without threatening her.

You can see part of her meltdown here (from Mlive), after Rick Martin, leader of Texas Constitutional law group, who apparently is not a licensed attorney, appeared as an “assistance of council”:

As you can see in the video, the judge held Martin in contempt and had him sentenced to jail.  That led to a lot of confusion during the arraignment.  Baker claims it also led to court procedures not being followed properly.

You can see more of the live video, where the Judge threatens to give Marlena another contempt of court charge and can be heard saying, “Ma’am!  I know you want to control this room.  But this isn’t Burger King. When the sign changes to Burger King, you can have it your way.  Right now this is my courtroom, and you will answer my questions.”

In my opinion, the judge was completely out of line, angry, and seemed to have a personal problem with Marlena. It also appeared by her statements she had bias, and wanted to throw the book at Marlena for not following the unconstitutional mandates.  She also didn’t give Marlena a chance to respond or understand what was even happening.  English is Marlena’s second language.  Every time she tried to speak, she got yelled at.  Her assistance of council was just arrested, and she hadn’t had a chance to speak with her lawyer Robert Baker yet.

“Anybody who said anything that was out of order was threatened with sanctions and jail, and that’s why I was hesitant. I was not allowed to properly represent my client. I was not effective as to being her counsel,” Baker said.

Judge Stokes blamed problems with the transcript on people interrupting and speaking out of turn at the arraignment. “We have to speak one at a time,” she said.

The judge claims Pavlos-Hackney was not prejudiced by the information the legal team was presenting, and put the burden of proof on them, without providing the audio or video transcripts of the arraignment. 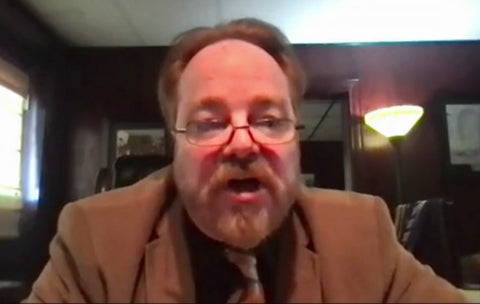 Baker said he was not able to properly represent his client. He was only allowed 5 minutes to talk to her by phone before the hearing, which had to be made with a cell phone from someone in the audience.

“My client was supposed to be able to mount a defense… and that was not allowed.”

He also argued that the transcript is full of errors (37 errors in total) and won’t be able to show what happened at the hearing for appellate court if they choose to take that path. The court did revise the transcript, but Baker said there were still problems not fixed with the revision.

There are more protections if the contempt was considered criminal instead of civil.

“[C]riminal penalties may not be imposed on someone who has not been afforded the protections that the Constitution requires of such criminal proceedings,” including protection against double jeopardy, notice of charges, assistance of counsel, the ability to present a defense, the privilege against self-incrimination, and a right to proof beyond a reasonable doubt. United Mine Workers v Bagwell, 512 US 821, 826 (1994) (quotation marks and citations omitted). See also People v Johns, 384 Mich 325, 333 (1971) (holding that a “conviction for criminal contempt can be sustained only upon a record which shows compliance with the procedural safeguards established for the prosecution of any other crime of equal gravity”); Porter, 285 Mich App at 456 (noting that a person charged with criminal contempt “is presumed innocent, enjoys the right against self-incrimination, and the contempt must be proved beyond a reasonable doubt”).

Accordingly, caselaw holds that in a criminal contempt proceeding the alleged contemnor:

• must be presumed innocent and proven guilty beyond a reasonable doubt;

• must be informed of the nature of the charged offense(s) and given notice of the specific offense(s) with which he or she is charged;

• has the right against self-incrimination;

• must be afforded a hearing regarding the charges, including the opportunity to produce witnesses;

Baker argued “depending on how those are applied, there’s a different standard of scrutiny and proof that’s required. My understanding was that this was just an arraignment. I asked for 5 minutes with my client that I got. I got assurance that she was going to close the restaurant, and she was going to get a hearing.” Baker asked that the charges be voided and that Pavlos-Hackney get a new hearing.

He also argued that if the contempt charge was coercive, the fines should be returned because she closed the restaurant. If it was punitive, that is criminal contempt…which adds layers of constitutional protection. The court would need to prove she committed contempt beyond a shadow of a doubt if this fell under the punitive category. With punitive contempt, jail is immediate, and intended as a punishment for a past violation. Jail is a definite term of days/months, and the wrongdoer goes to jail for their past violation, even if they start to comply with the order.

MDARD argued that the contempt was coercive, and that there was no case law precedence for returning the $15,000 fine. 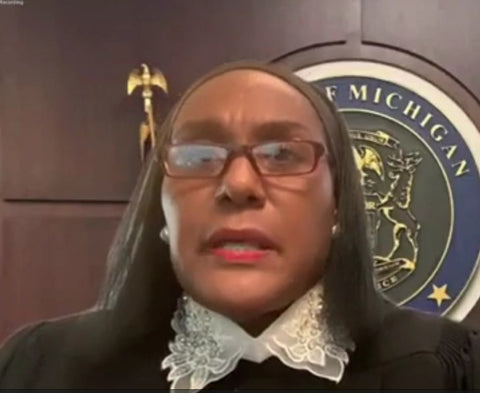 According to Judge Stokes, “Any potential error that did occur, is harmless in this case. No information provided would lead to a different result with a new hearing and (Baker ) made no explanation as to why his client was prejudiced.”

“There’s never been any kind of intent by this court to harm your client,” Stokes said. “What this court simply wants is compliance with its order. I think, in a lot of ways, this court has bent over backward.”

Baker predicts this will go to federal court. He said “we will test all the constitutionality of what the governor is doing as far as the COVID restrictions. They are (in his opinion) unconstitutional, as were the executive orders.”

“MDARD remains ready to work with Marlena’s on a path toward resolution. Unfortunately, as of yet, the establishment has not agreed to work with MDARD to resolve the instant case or take the steps necessary for reinstatement of their food service establishment license.”

Baker said he believed that was a mischaracterization of the situation. He said they had not declined to work with the MDARD, and that they were directed to work with their local health department in Allegan County, which they have been doing.

You can read more about her case in previous reports, and support her through her GoFundMe here, which has raised over $300,000 to date.  Marlena’s Bistro and Pizzeria is currently closed.