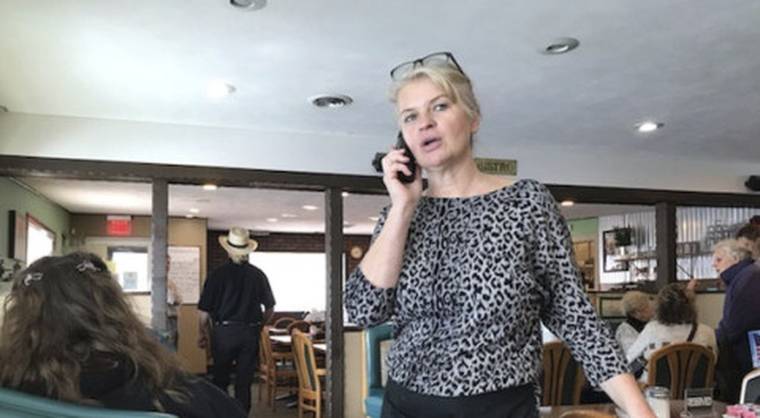 Holland, MI – Marlena Pavlos Hackney, who was unconstitutionally arrested for choosing to keep her restaurant open during the Covid 19 Lockdowns, will be seeking compensation for the $15,000 fine she was forced to pay to be released from jail.

that she was victim of “government overreach,” essentially convicted without a trial.

“Marlena was just serving food,” he said. “(Customers) don’t have to come in. She did not police you. You’re an adult. Then they throw her in jail for it.”
Both sides have filed briefs but no hearings have been set. The state said the legal challenge wasn’t proper and that many of the issues raised by Pavlos-Hackney fall outside the scope of the appeal.
Us Against Media has was there to document the initial court appearance, and protest outside of the Ingham County Jail.
Read More:

Us Against Media was also able to confront Attorney General Dana Nessel, and ask why Marlena was being “Railroaded” in court, in which Nessel replied:

“I highly object to that”
Read More:

Us Against Media was also the first to obtain, and make pubic the videos documenting the arrest of Marlena Pavlos Hackney.
Read More:

Us Against Media was also able to get the FOIA requested from Michigan State Police, that shows how desperate authorities were to concoct charges that would lead to Pavlos Hackney’s arrest.
Read More: