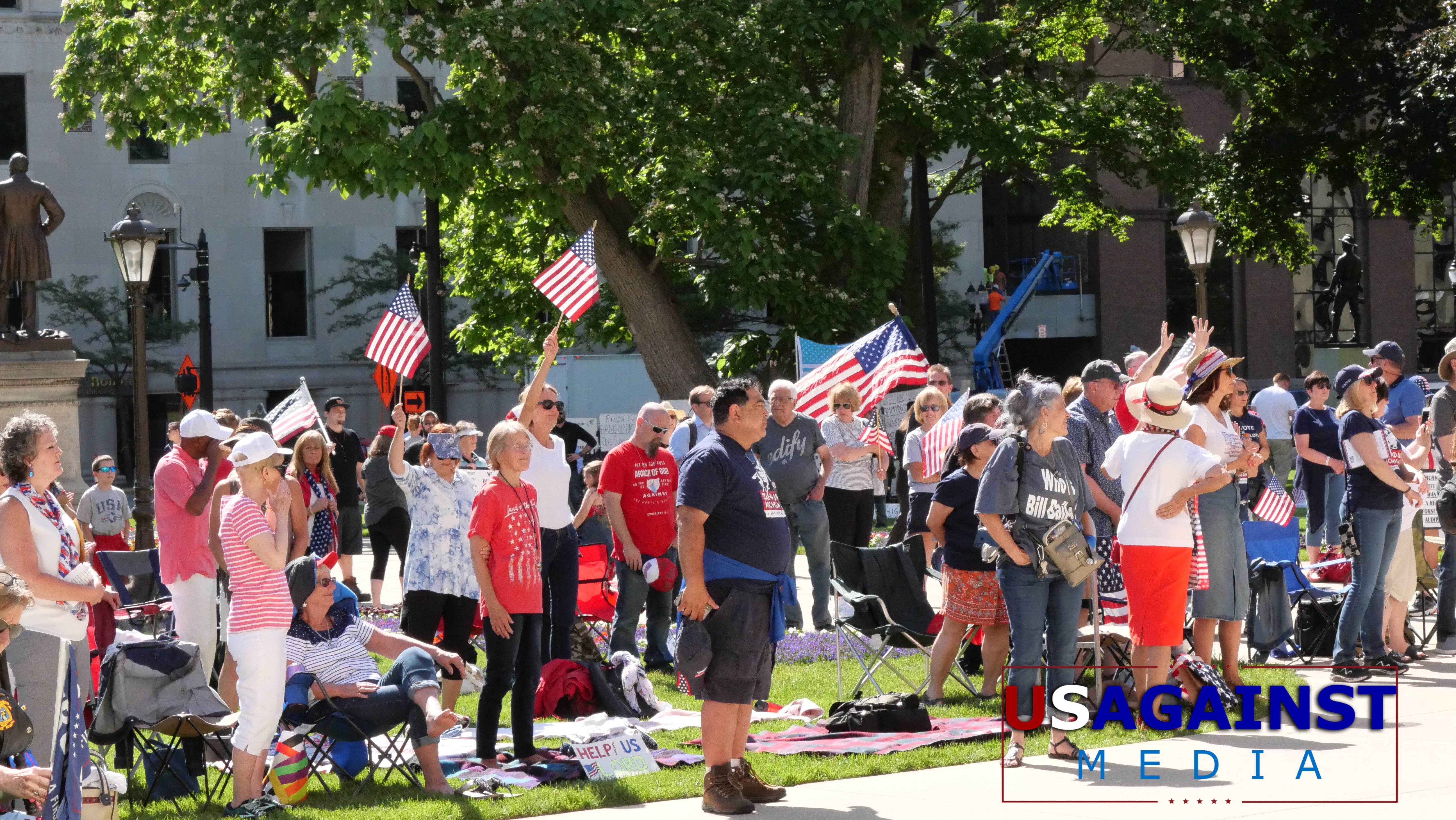 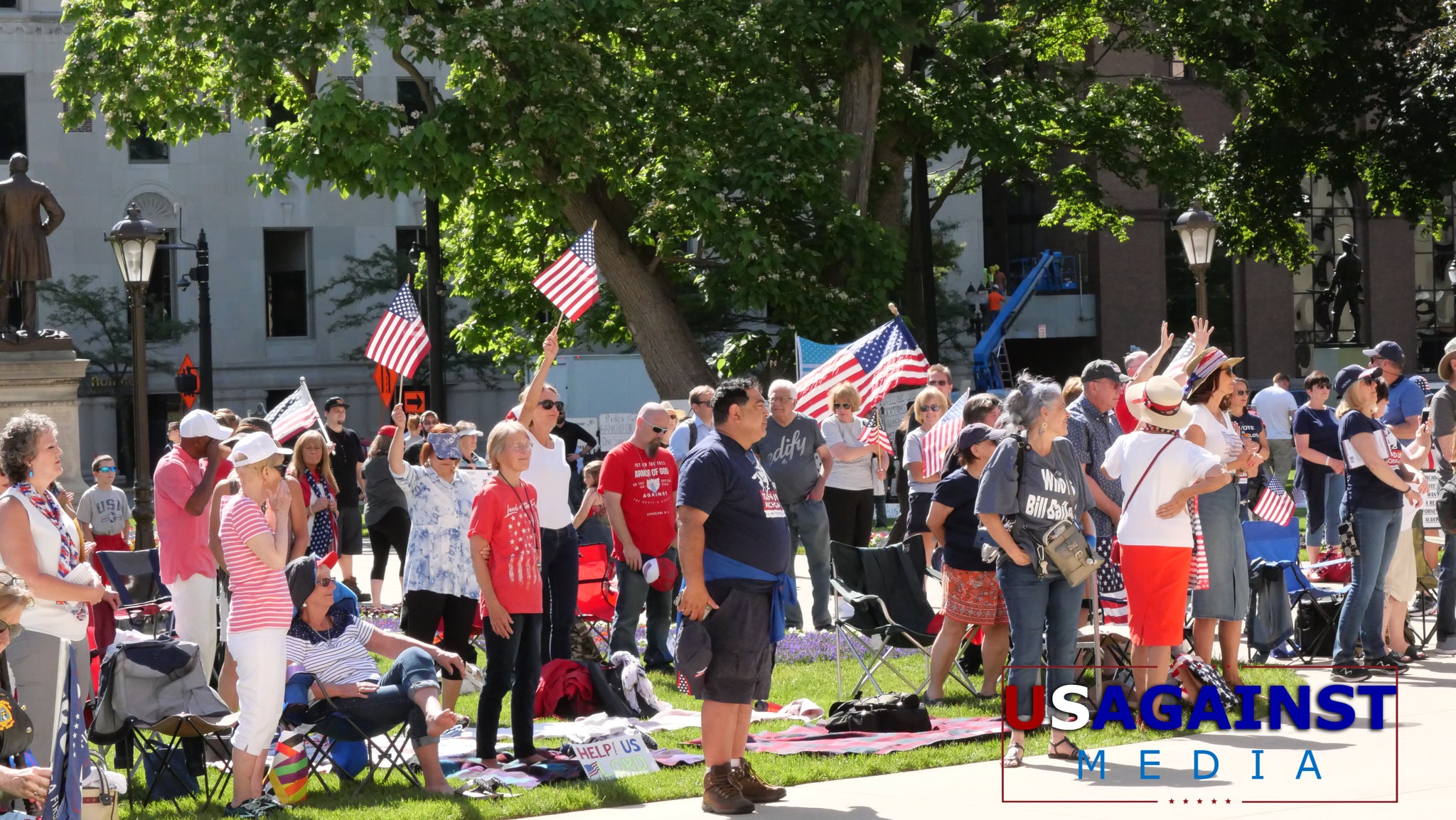 “Let Freedom Ring” was a peaceful rally of prayer and plea. In hopes for the people’s request for answers of the 2020 election. Speakers included Attorney Matt DePerno, Patrick Colbeck, Mellissa Carone, Dr. Linda Lee Tarver, Robyn Peake, and many more.

The Michigan Conservative Coalition (MCC) put this event together, and was able to get over 7000 affidavits signed and notarized in 10 days. The 2 days MCC allowed for walk-up signatures had a “line that never ended,” according to Roseanne Ponkowski, president of the MCC. She hopes that our legislators will understand the frustration, anger, and concerns the people have with our election system.

Ponkowski stated that Senate Majority Leader, Mike Shirkey will be getting 3000-4000 of the affidavits. Others were spread out between the Secretary of State, Jocelyn Benson, Attorney General Dana Nessel, Supreme Court Justices, and other Senators and Representatives.

Dr. Linda Lee Tarver spoke out about an online petition that people can fill out and submit to our lawmakers that will compliment the affidavits. Pure Integrity for Michigan Elections (PIME), Look Ahead America, and the Eaton County Republican Women’s alliance worked as a team to put this petition together. Here is the petition link below:

Sandy Kiesel, executive director of The Election and Integrity Fund and Force said, “As citizens, this isn’t a partisan issue. It’s not about whether your Republican or Democrat. Because election integrity is the base of our Republic.” and also stated that we as a people need to come together in the middle.

Patrick Colbeck of letsfixstuff.org stated that what’s at stake is our 2020 election. That this is a lot more than our Democrat versus Republican Battle nor Trump. It’s about preserving what is noble and true and praiseworthy about America. He wants to assure the people behind him (in the Capitol) don’t choose poorly anymore. That all a recount does is recount the ballots. If you’ve broken the link up of the qualified voter files with a bunch of fake names, and you’ve broken the link in the poll books, then you’ve broken what goes into that ballot box as well.

Attorney Matt DePerno read a bible verse: Proverbs 31:8 We need to speak for those who can’t speak for themselves. To ensure justice for those that are being crushed. Deperno represents his client Bill Bailey, uncovering proof that the Dominion voting machines can be compromised and votes can be easily transferred from one candidate to another. DePerno stated we need to wake up to what’s happening in our country. That we need to run for office, not to sit around and wait for someone else to take action. To get involved and get elected in your school boards, local office and state legislature positions.

Michiganders want to know the truth about the 2020 election. No matter who won. Americans need to feel confident and secure about who they voted for, and that our election processes are fair.