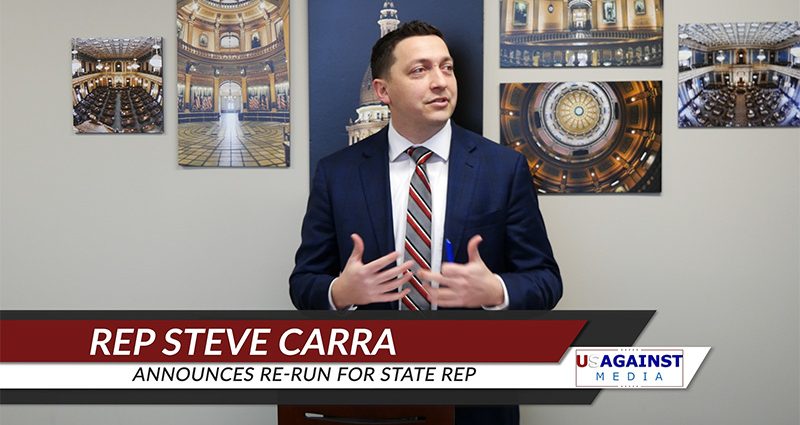 “The ramifications for betraying our country will send impeachment RINO Fred Upton packing and I couldn’t be more happy for Southwest Michigan.

Prior to redistricting, I made the decision to replace Congressman Fred Upton and President Trump agreed when he endorsed me, but the district lines have changed. In order to ensure the vote isn’t split, I have decided to seek re-election as state representative for St. Joseph and Cass Counties.

Now that Bill Huizenga has President Trump’s and my support in the newly formed 4th Congressional district, he has a clear path to victory. I anticipate Fred will do the right thing and resign and apologize for the stain he has been on our nation’s history

President Trump doesn’t endorse politicians, he chooses people to lead in the America-First agenda. Throughout the state and nation. I am most known for winning an election lawsuit, leading the effort calling for a full forensic audit, and continuing to champion the charge to get to the bottom of what happened in 2020″

2022-03-15
Previous Post: JCAR Meeting To Change Rules on Signature Verification for Absentee Ballots
Next Post: Advertisement Company Turns Away Business From Moms For Liberty of Livingston